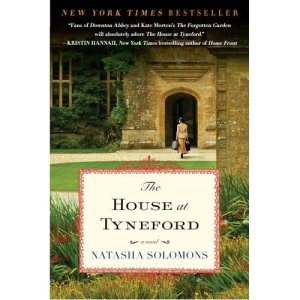 «  When I close my eyes I see Tyneford House. In the darkness as I lay down to sleep, I see the Purbeck stone frontage in the glow of late afternoon. The sunlight glints off the upper windows, and the air is heavy with the scents of magnolia and salt. Ivy clings to the porch archway, and a magpie pecks at the lichen coating a limestone roof tile. Smoke seeps from one of the great chimneystacks, and the leaves on the unfelled lime avenue are May green and cast mottled patterns on the driveway. There are no weeds yet tearing through the lavender and thyme borders, and the lawn is velvet cropped and rolled in verdant stripes. No bullet holes pockmark the ancient garden wall and the drawing room windows are thrown open, the glass not shattered by shellfire. I see the house as it was then, on that first afternoon. «

My hair was sticky with sweat and clung to my face and I decided that I would wash, despite the cold. An old-fashioned water pump with an iron handle stood in the middle of the yard. I’d watched the stable boy use it earlier before scrubbing Mr. Bobbin, and I mimicked his movement, pushing the handle up and down until a steady stream of water sluiced my feet and gushed over the cobbles. Kneeling, I shoved my head under the flow, trying to pump at the same time, and managed to rinse my hair as well as spray myself with freezing water. The cold took my breath away, emptying my mind of all thought save for the sensation of icy liquid down my neck. It was not unpleasant, and the rush of water crowded out my tumbling worries. The pump squealed and whined, filling the empty yard with the sound, so that it took me a moment to realise someone was speaking to me.

I scrambled to my feet, banging my head against the pump. A pain exploded above my eye and I crouched, rubbing my forehead. The next moment, a man was kneeling beside me, pushing my wet hair out of my face with his fingers.

I allowed myself to be led into the corner of the yard, where a yellow oil lamp rested on a mounting block. The man touched my forehead where I’d cracked it against the pump. I was too embarrassed to look into his face, so I stared at my bare, slightly grimy toes.

I looked up and saw in the gloom a man of about forty with dark hair and a slight smile playing around his eyes. Anna would have called him handsome, but I knew that men of forty were far too old to be considered any such thing.

« Elise Landau, » I said, offering him my hand. 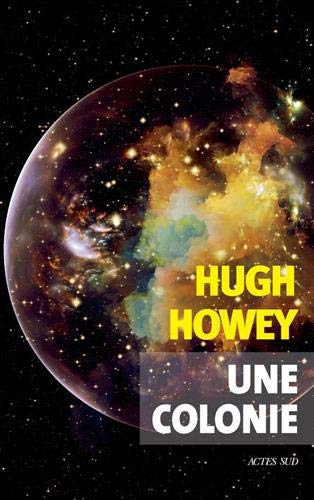